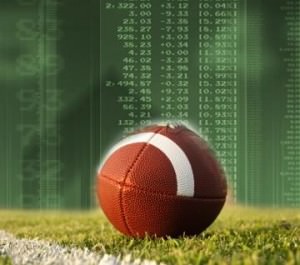 For many people who take an interest in mathematics, one of their first loves is sports statistics. In recent years, the amount of analysis being used by teams to study players has exploded, and there is increasing demand for competent professionals who can quickly gather data and break it down to help franchises and even athletes make decisions. The proliferation of sports media outlets across television and the Internet has also added new demand for statisticians with an eye on sports. Let’s take a look at the types of statistics jobs available in sports today.

Related Resource: What Types of Jobs Are There In Sports Medicine?

Analyst for a Sports Team

Teams in a variety of sports are adding stats departments to their staffs as fast as possible, and they’re scouring for analysts even in the depths of major investment firms, according to USA Today. Spotting a minor play-calling tendency that an opponent displays can be leveraged aggressively during in-game situations, and teams are looking harder and harder at the numbers in order to find a slight edge. Many people credit Germany’s World Cup soccer win in 2014 to analytics, and it’s important to remember that every bit of data that went into that effort was handled by someone with a background in statistics, according to The Wall Street Journal.

With salary caps in place in most major sports leagues worldwide, there’s also increasing pressure on teams to take an actuarial view of their rosters. Teams need to anticipate how much cap room they have to leave unspent in order to sign players to fill roles as injuries accumulate over the course of the season. Failing to properly manage their roster is considered by many observers to be the cause of the Pittsburgh Penguins end-of-season collapse in 2015.

Every sports franchise on the planet is worried about picking the next big draft bust, but making judgments about the future performance of players can be challenging. While scouting will always be more art than science, teams are increasingly turning to the stats department for help in evaluating new talent, according to the Journal Sentinel. Teams are especially curious about using analytics to identify undrafted free agents who meet specific profiles of players who’ve been able to succeed in the past, and they often ask the stats guys to comb through the data and help them find those players so they can send a scout to take a first-hand look.

It might seem weird to picture a statistics person working directly with an individual athlete, but increasingly professionals are turning to analysts for advice about improving their workouts. Analysts often work with nutritionists to help athletes get the most out of every workout.

Individual teams are also using stats departments to help keep track of the health of their players. For example, the recent emergence of the Golden State Warriors in the NBA is largely credited to how the team tracks playing time for every man on the roster, according to The New York Times. The Warriors place an emphasis on making sure that their players aren’t being exhausted by excessive workloads, and they rely upon a stats team to keep track of that information and relay it quickly to coaches and trainers in real time.

This decade is likely just the beginning of the big data age in sports. For folks who wish to pursue careers in statistics and sports, that means there’s a bright future ahead. As more teams attribute their success to choices grounded in analytics, stats professionals can expect to see higher demand for their services throughout the sporting world.

What Public Relations Jobs in Sports are Available?