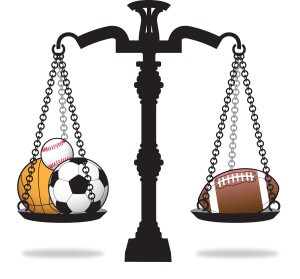 Every serious sports fan knows that statistics are part of the game far beyond calculating wins and losses. In the emerging field of sports law analytics, comparing RBIs and rebound percentages adds up to serious money. Sports law analytics is the use of quantitative analysis of sports statistics for expert testimony in major litigation.

What is Quantitative Analysis?

Why Use Quantitative Analysis For Sports Litigation?

Lawsuits in professional sports are never over small amounts of money. Determining how much is lost by unfair competition between companies or how much players are owed for their performance on the field requires complex economic and statistical analysis.

A player suing for damages after being wrongfully suspended for a year, for example, would not be able to show his lost wages in the same way he would if he were not a professional athlete. An accountant or a janitor would have thousands of other people who do the work he does to show what his wages should be. For a professional athlete, there may only be a dozen other players in the entire world who do what he does. It is impossible to base his damages on what is typical for his field when there are so few other examples for comparison. Determining how the suspension impacted his future performance and earnings, which is the true cost of being suspended from play, takes an expert in not only comparing and predicting sports statistics but economic statistics as well.

Sports law analytics experts have been accepted as expert witnesses to testify in major civil litigation. They will continue to testify in cases that arise from professional player suspensions and injuries, as well as in conflicts between businesses. There is a growing area of litigation involving non-professional athletes. College athletes are increasingly asking to be paid a portion of the money college sports bring in to their schools, according to the University of Cincinnati Law Review. Cases have been filed to allow college athletes to recover profits from games and merchandise licensed by the NCAA that use the players’ names and likenesses without paying them, something that would be impossible to do to a professional athlete, according to Analytics Magazine.

Many people first became aware of the practical applications of quantitative analysis to sports by reading Moneyball or seeing the movie based on the book. While there is some debate over whether the Oakland A’s methods are still working, there is no doubt that the concepts made sports fans look differently at the way statistics could be used in sports. Sports law analytics goes far beyond what even a devoted fan does when comparing statistics to fill in the best March Madness bracket and applies those complex statistical concepts to high-dollar litigation.