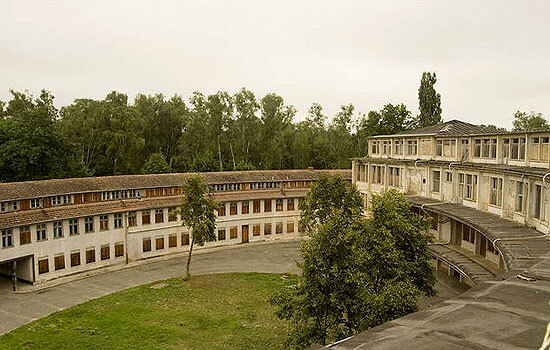 One of history’s most infamous Olympics was in Berlin 1936. Hitler hoped to use the games to further his antisemitic agenda. He also wanted to impress the rest of the world with Germany’s unmatched skill and organization. The Olympic Village from 1936 Berlin Olympics is one of many Olympic ghost towns. There are few structures from Third Reich Germany remaining. It was used as a military academy for German soldiers. It then spent 50 years as a Soviet Communist interrogation center. During the Berlin 1936 games, the Olympic Village housed more than 4,000 athletes in buildings which have long been emptied out and boarded up. The doors and windows are gone. Much of the surrounding area of Olympic Village is overgrown with weeds. This includes the dining hall, gymnasium, and practice facilities. 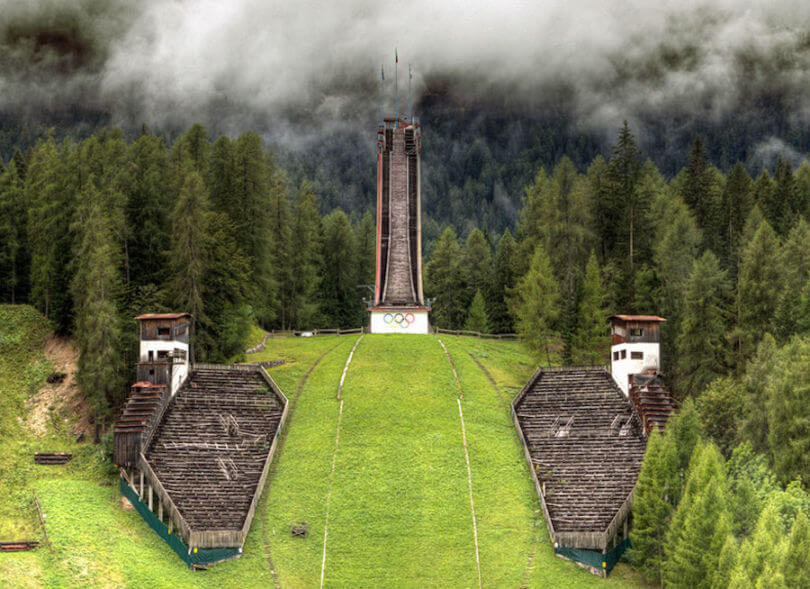 Ski jumping fanatics will recognize the jumps at the host of the 1956 Winter Olympic Games. It is the site where Switzerland’s Andreas Dascher introduced his “Dascher Technique,” a new style of jumping. Today, the site still stands amongst the region’s beautiful pine tree-dotted mountainside. Upon closer look, however, it’s clear that this abandoned site has seen far better days. 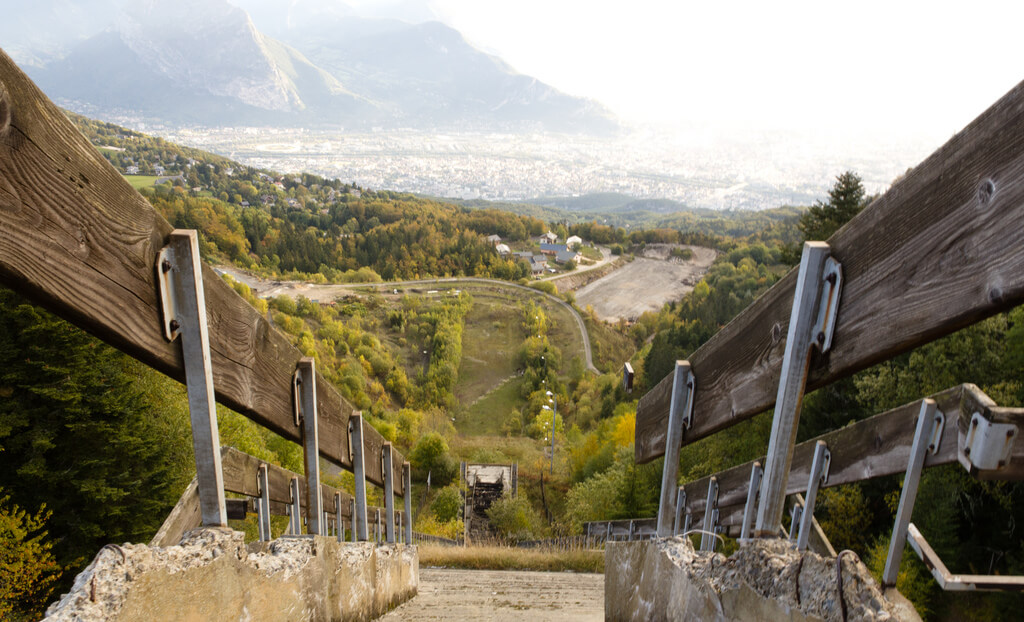 Cortina D’ampezzo’s abandoned ski jump remains in far better shape than that of Grenoble. After hosting the Winter Games in 1968, the French city abandoned its ski jump to the elements. Today, the top of the jump yields stunning views of the surrounding city along with an overgrown landing site, crumbling concrete support beams, and a ton of graffiti. 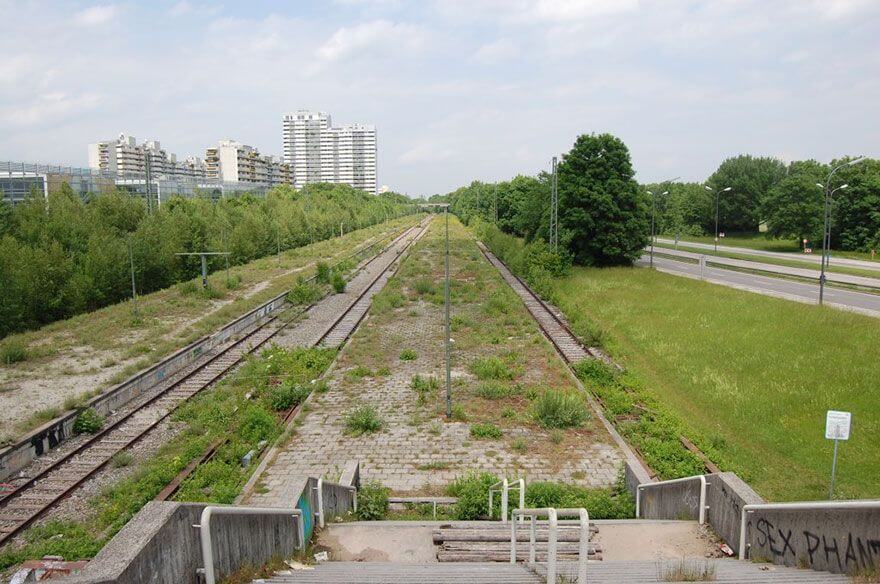 Munich may be a large, bustling city, but apparently no one has a need to go to the former Olympic Stadium where the Summer Games were held in 1972. Today, the former train stop is overgrown with weeds, littered with trash, and dotted with graffiti. 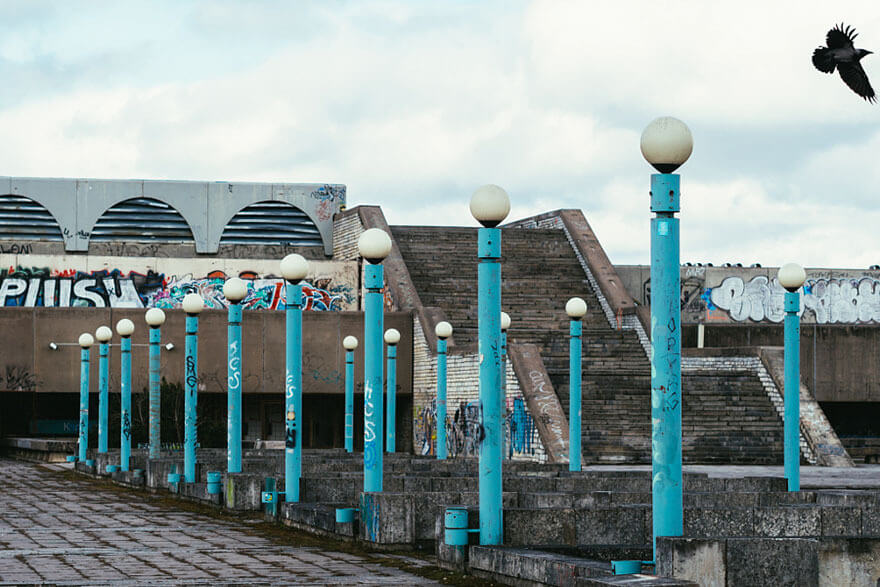 Constructed for the summer Olympics hosted by Moscow in 1980, this unique Soviet structure is actually located in Tallinn, in modern-day Estonia. Home to the regatta events during the Games, the unique structure was left mostly abandoned after the torch was extinguished. Fortunately, the Estonian government has sought to revitalize this important historic structure. The site is now protected under heritage conservation, and it is said that the area will be renovated and revitalized in coming years. 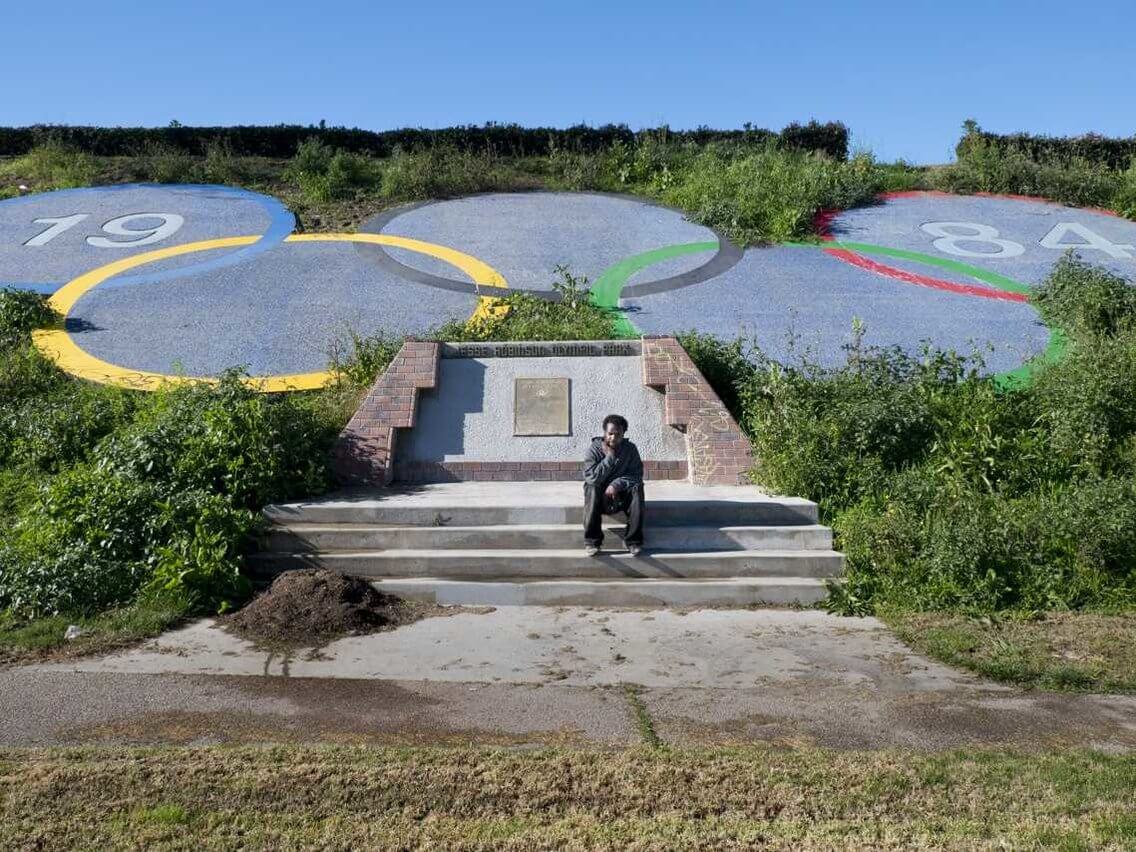 The Jesse Robinson Olympic Park was constructed in the city of Compton, near Los Angeles, for the 1984 Summer Olympic Games. The Olympic rings sporting the year 1984 can been seen there. Though the park and the iconic Olympic rings still stand, the park itself has become an overgrown mess that has mostly fallen into a desolate state of disrepair. 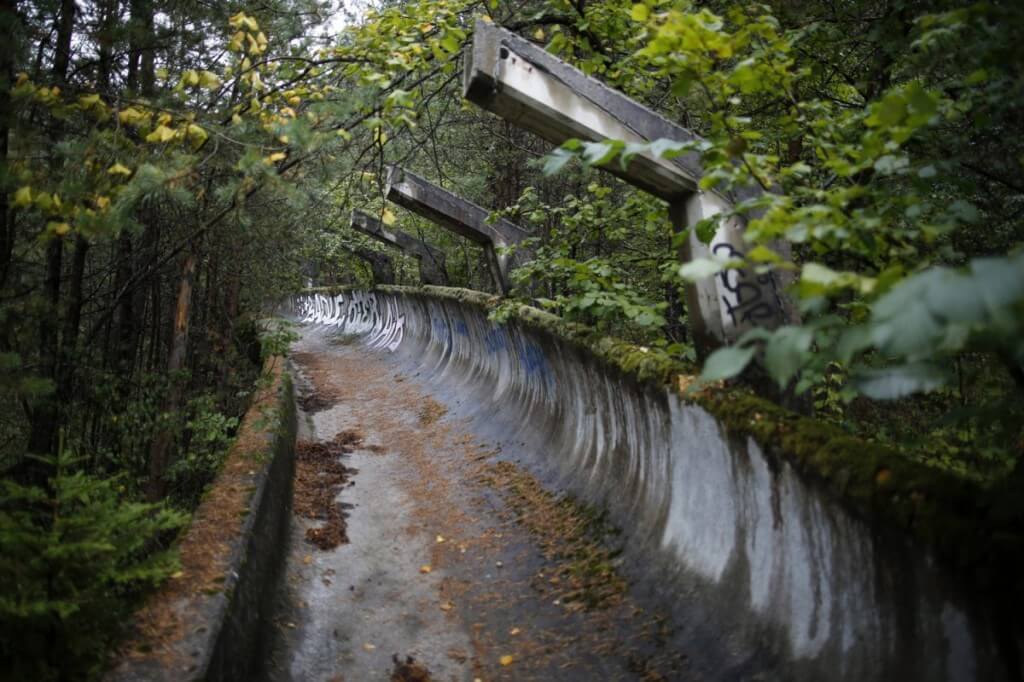 Sarajevo, capital of what was then Yugoslavia, hosted the 1984 Winter Olympics. Less than a decade after the winter games ended, the Bosnian War broke out and the city of Sarajevo came under siege. Yugoslavia would not exist by the end of the war. Neither would many of the grand venues from the 1984 Winter Olympics that once crowned the country. The fate of the bobsled track on Mount Trebevic is especially anguishing. Once used for one of the most exciting winter sports, today the Olympic complex is completely overgrown and covered in graffiti. Years later, though, the site is still in use. Though the bobsled track has no official use, local BMX bikers often use the tight course for their gutsiest stunts. 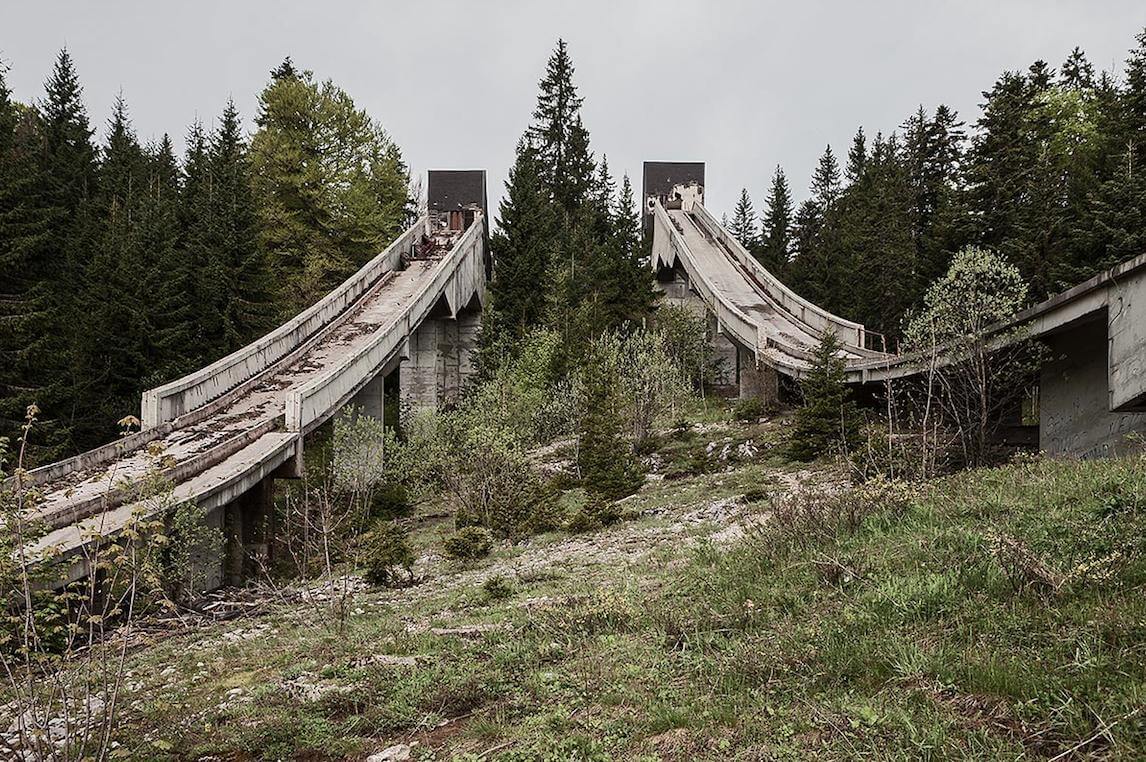 Sarajevo 1984’s ski jump track has suffered a fate similar to that of the bobsled track. It’s still sitting atop Mount Igman, unused and overgrown. Its stadium-style seating area looks as if it could date back to Roman times. Oddly, the medal podium at the foot of the mountain is still standing. During the Siege of Sarajevo, the field became a battleground of sorts, and the former medal podium was even used for executions. 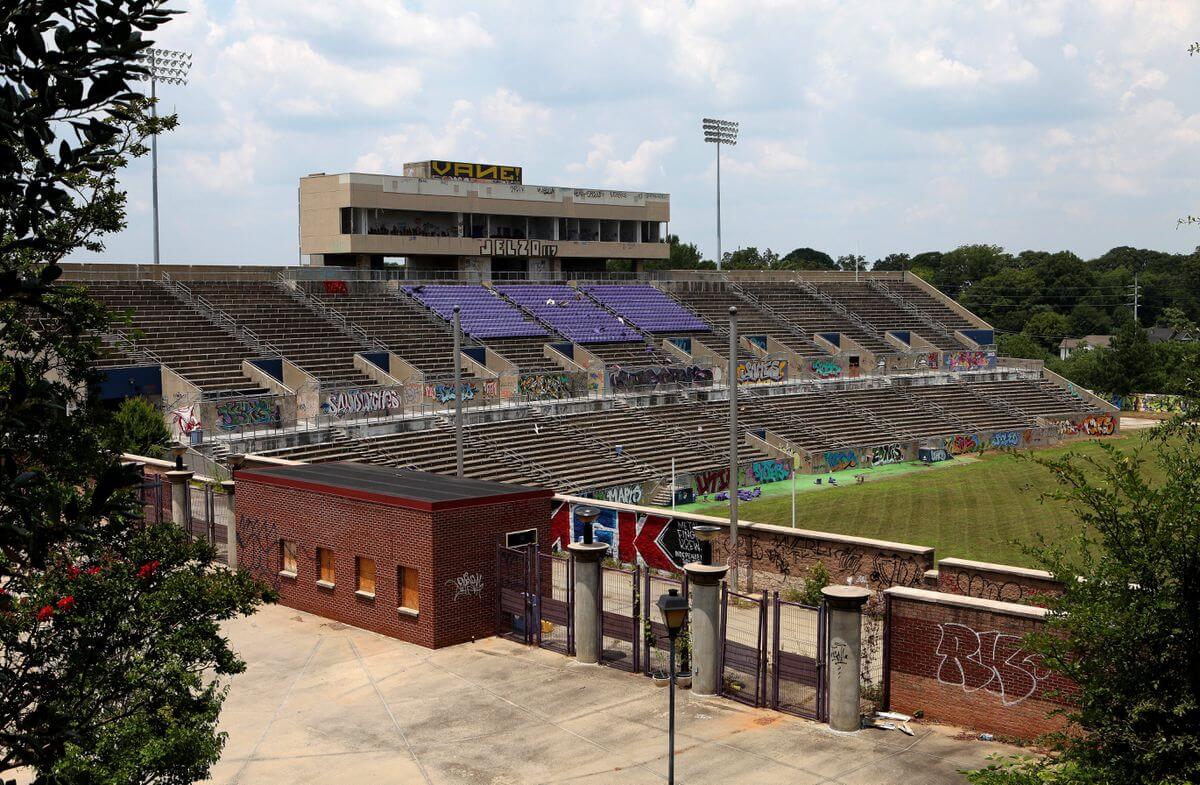 Many of the venues constructed for the 1996 Summer Olympic Games in Atlanta, Georgia have been re-used. Centennial Olympic Stadium was where the opening and closing ceremonies were held. It was turned into the MLB’s Atlanta Braves stadium for two decades before being purchased by University of Georgia. Unfortunately, Herndon Stadium, where the field hockey events were held at the Olympic complex, did not experience the same fate. A decade after the Olympics it was used as a filming location for the Hollywood movie We Are Marshall. Then it became yet another on the list of abandoned Olympic venues USA and fodder for graffiti artists. 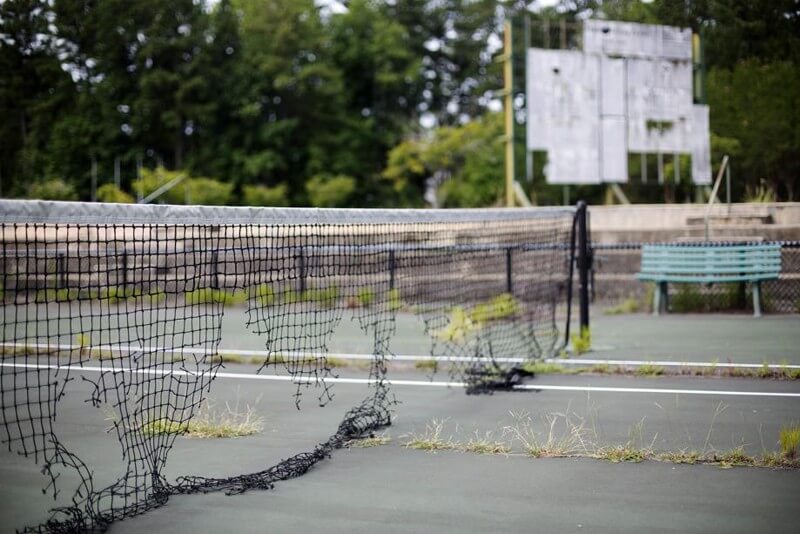 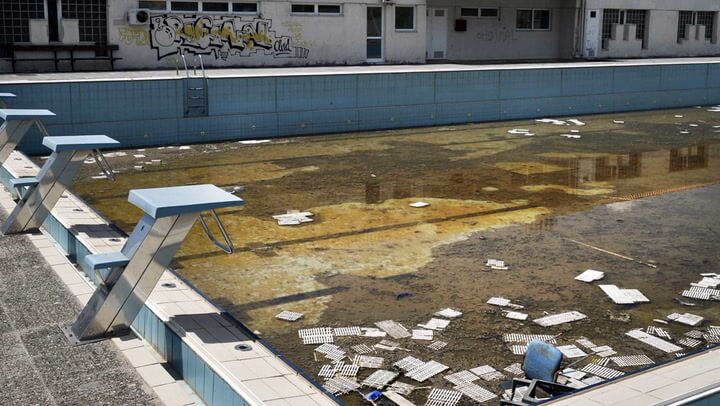 The Greek government shelled out nearly $17 billion, $15 billion over budget, for its Olympic venues for Athens 2004. This includes the aquatics stadium and most of the beautiful buildings and courses have become Olympic venues that have been abandoned for nearly two decades. Michael Phelps won a whopping eight medals (including six golds) in the impressive outdoor swimming pool. The aquatics stadium is now falling apart. The “Athens 2004” logos which dotted every seat in the stadium are faded to almost nothing. Even the pool is filled with fetid water and trash. 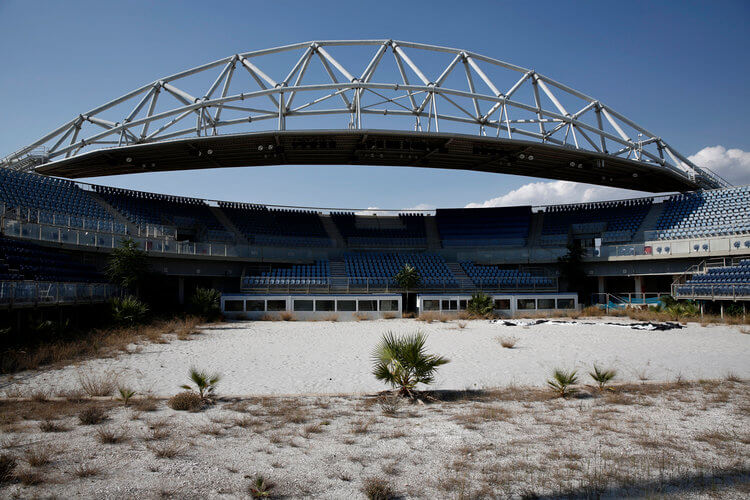 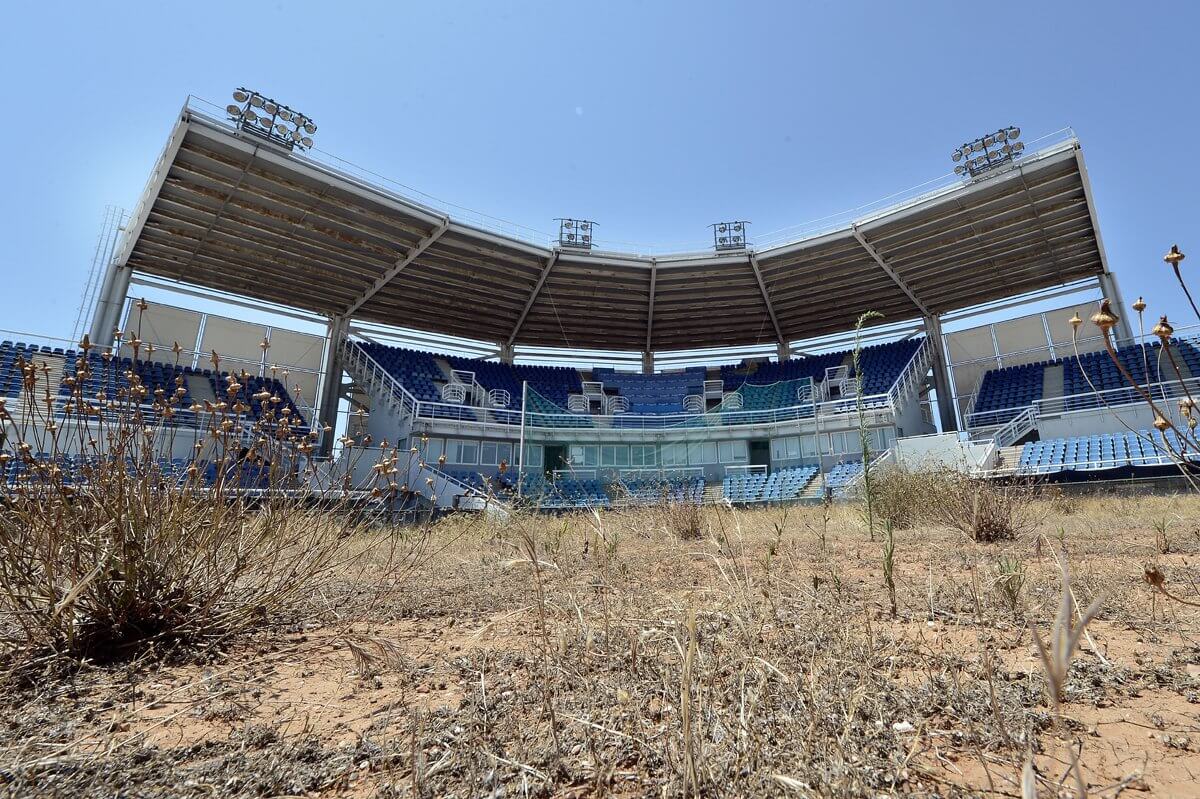 If the sight of the abandoned, yet still sandy, volleyball court gets to you, check out Athens’s abandoned softball stadium. The stadium itself is said to be in perfect working order. The shape of the diamond can even still be seen through the overgrown weeds covering the outfield. Because neither softball nor baseball are particularly popular sports in Greece, the stadium today is used as a refugee camp. 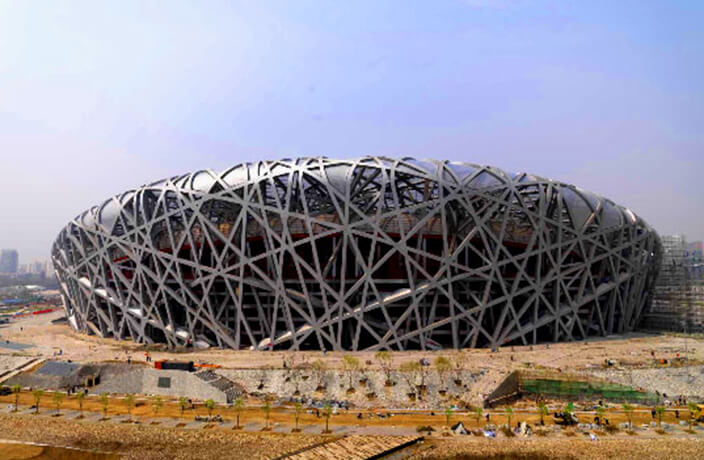 Beijing’s National Stadium is known fondly worldwide as “The Birds’ Nest.” It cost China’s capital city a fortune when it was constructed to host the opening and closing ceremonies of the 2008 Summer Olympic Games. Since then, the stadium has lost its state-of-the-art shine. Few events can bring in crowds big enough to fill the 80,000 seats. Fortunately, The Birds’ Nest is coming out of retirement and enjoying some necessary renovation. The stadium was used once again when Beijing hosted the 2022 Winter Olympics, making it the first stadium in the world to host both Summer and Winter Olympics. 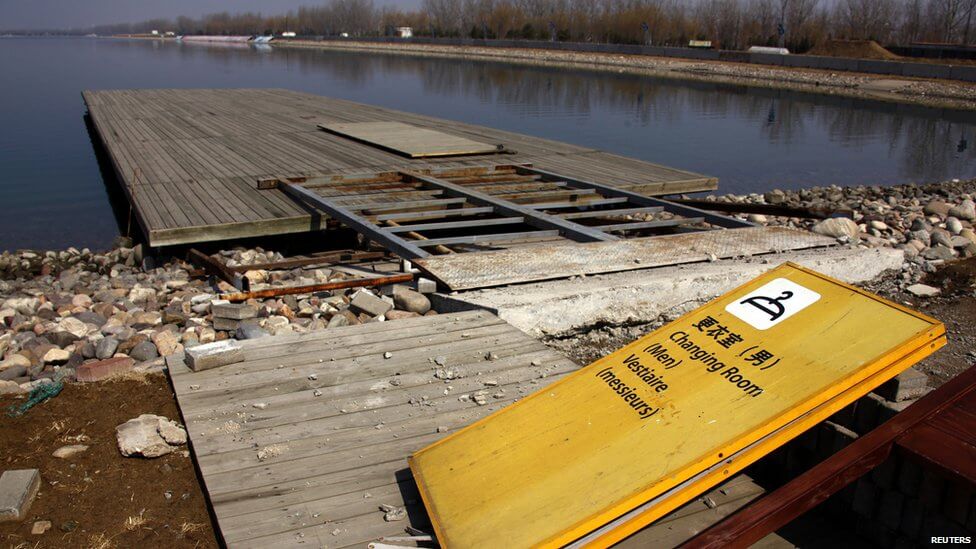 The water is still there, but that’s about it. Beijing’s separate kayak and rowing facilities have unfortunately been completely abandoned. Like other abandoned Beijing Olympic venues, they are closed completely to the public. The spectator sections have been left to the elements and have become overgrown with weeds and garbage. Even the water holds more thrown away trash items than it does memories of exciting Olympic races. 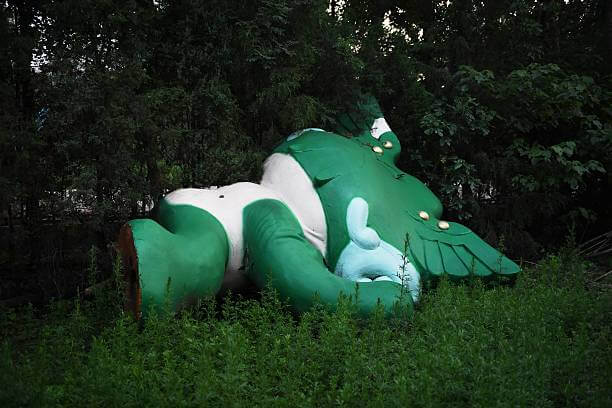 Nini and Yingying were the faces of the Summer Olympic Games in Beijing in 2008. Today, the fallen mascots are left to decay in a field behind the abandoned construction of what was supposed to be a mall. 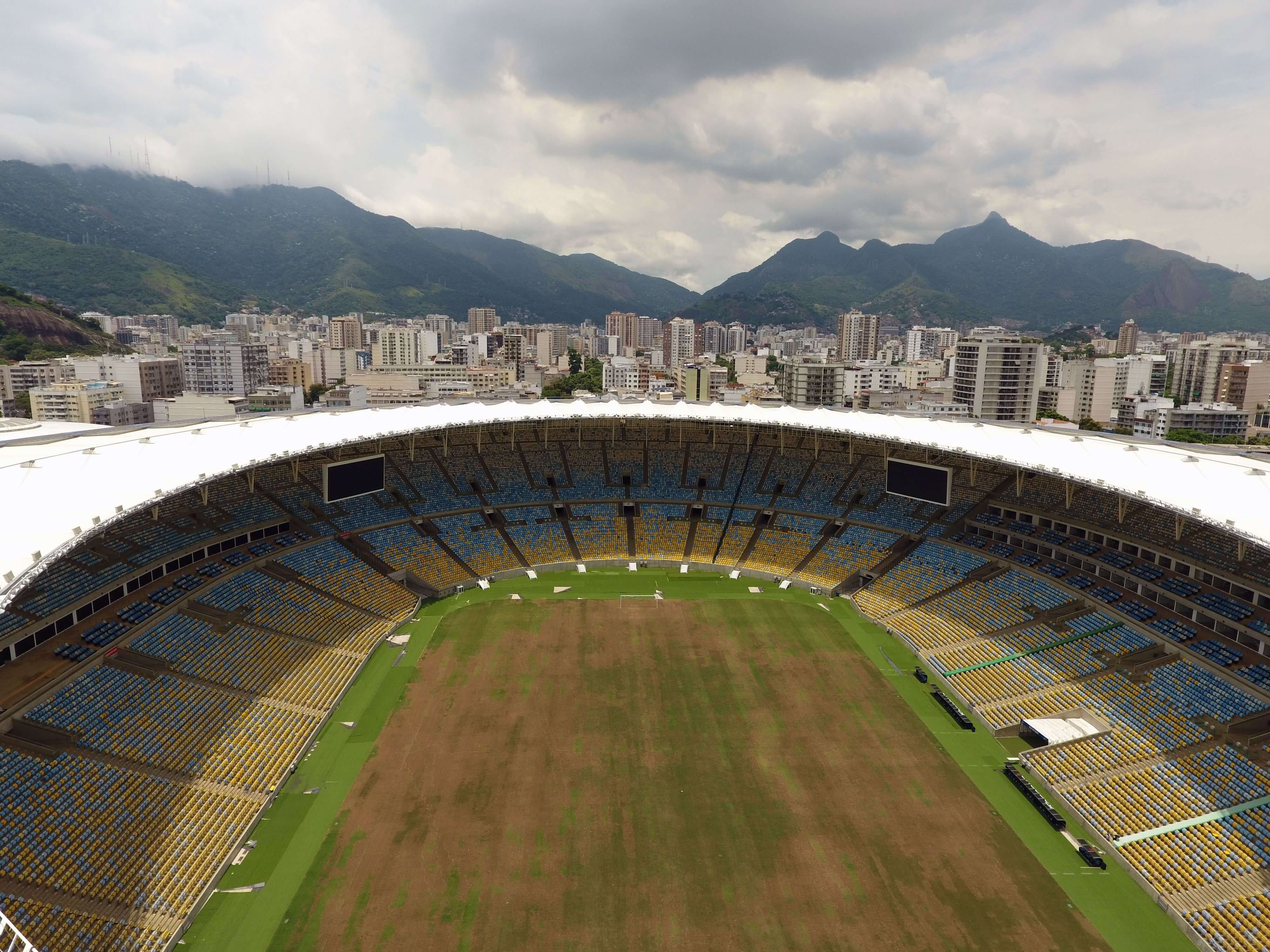 It’s been six years since Brazil hosted the 2016 Olympic Games in Rio de Janeiro. Already many of its most impressive venues have been abandoned. Maracana Stadium, where the opening and closing ceremonies were held in Rio de Janeiro, has been closed and relegated to a quick photo-op stop on city bus tours. The stadium’s field, used just two years earlier for the FIFA World Cup, is dead and overgrown. Many of the venue’s seats and television screens have been looted. It is now another of the old Olympic stadiums abandoned and left to deteriorate. 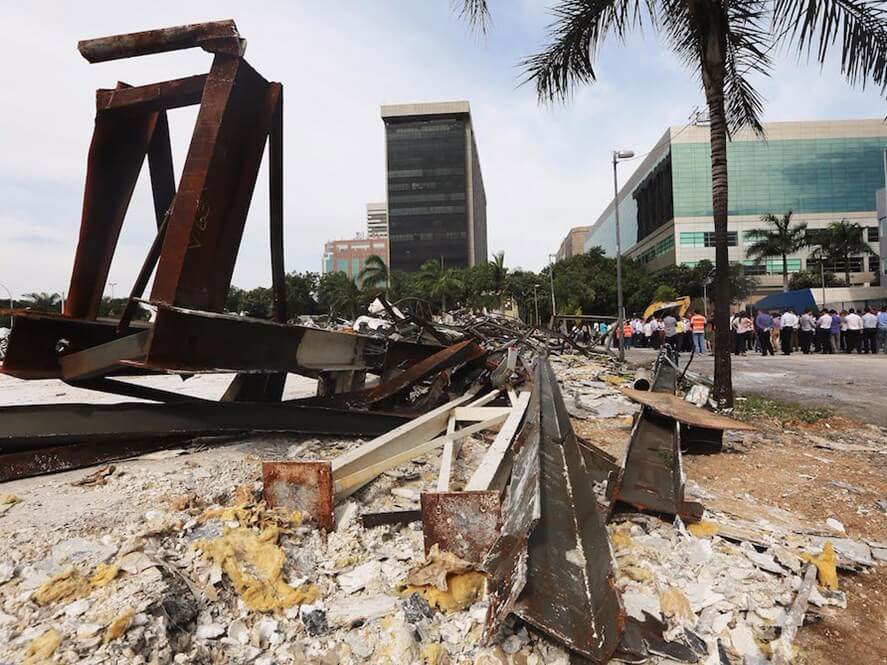 Once the crowds of international media left Rio de Janeiro after the closing ceremony, the Rio Media Center was left completely untouched. Six months after the end of the Games, trash bearing the iconic Olympic rings could still be found in massive piles. Today, the building and its surroundings have begun to crumble and have been declared a health hazard. 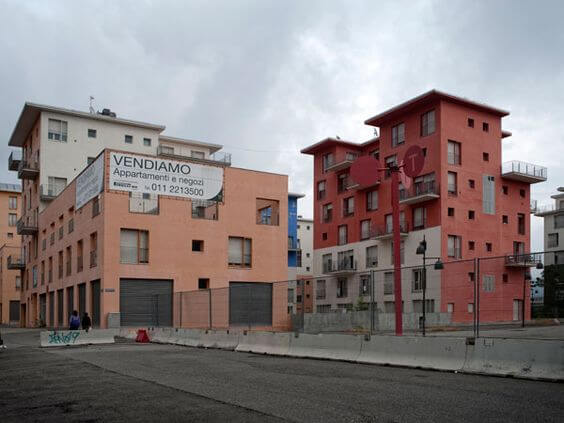 Italy hosted the 2010 Winter Olympics. It has continued to use many of its venues. One exception to that, however, is the Olympic Village. It housed thousands of international athletes during the games. It was practically abandoned after the closing ceremony. It sat empty for three years. It has now become another of the abandoned Olympic villages. Though refugees began to occupy the small apartments beginning in 2013, the village remains in a sort of semi-abandoned state as many other past Olympic villages. 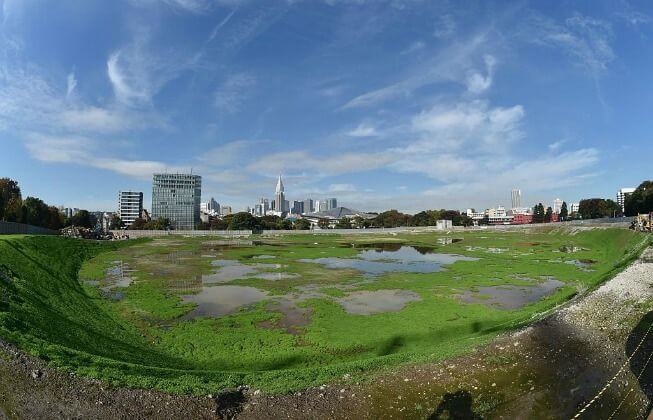 National Olympic Stadium hosted the track and field competition at the 1964 Olympic Games. It was then used occasionally over the years to host soccer games and other large-scale events. Tokyo’s National Olympic Stadium had fallen mostly into disrepair by the turn of the century. Fortunately, this historically relevant site experienced new life. For hosting the 2020 Summer Games, Tokyo promised to build new stadiums on the sites of old Olympic stadiums. The 1964 National Olympic Stadium was demolished and rebuilt into a new, state-of-the-art stadium capable of holding 50,000 people.