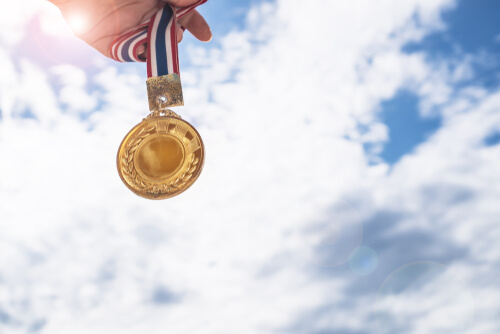 Attending the Olympic Games can be a dream come true for sports fans and professionals.  To most spectators, the expense can be well worth the investment. You may have wondered, “How much does it cost to go to the Olympics?”  Depending on how well a trip to the Olympics is planned, the cost of the entire trip, including food, lodging and event tickets, can range from around $3,000 to tens of thousands of dollars!  We take a look at just how much money is costs to support your favorite country in the Olympic Games.

You may also like: 20 Best Bachelor’s Degrees for Future Sports Management Professionals

How Much Are Tickets to the Olympics?

Tickets for Olympic games are typically affordable.  The new adapted price policy makes the cost of tickets much more budget friendly than in previous years.  But just how much are tickets for the Olympics?  There will be over one million tickets available for the 2024 Paris games at less than EUR 24 per person ($24.20 in USD).  The Paris Olympics expects to offer almost 50% of the tickets available to general public under EUR 50 ($50.42 USD).

The 2024 Paris Olympic Games also introduces a multi-ticket package.  Spectators will be able to choose three sessions to watch from just EUR 72 ($72.60 USD).  Some of these session options include:

It’s usually possible to find a good deal on a complete package by waiting for prices to come down as the games get closer.

Cities spend billions of dollars for the honor of hosting the summer or winter games to give athletes and spectators a great experience.  Part of this experience is delivered through the ceremonies at the beginning and end of the Olympics.  If you plan to be a part of these festivities, you’ll need to budget for it.  Opening and closing ceremonies can cost considerably more to attend.  In the Tokyo Summer Games, tickets for the opening ceremony ran over $2,000/per person.

How Much Does It Cost to Attend the Olympics?

Most people who attend the Olympics will need to budget for lodging.  Unfortunately, this is one of the largest expenses.  Tickets to the Olympic events themselves will likely be the cheapest expenditure on a trip to the Olympics.

Hotels depend on special occasions, such as sporting events, for a large portion of their profits.  They make every possible effort to maximize their prices when they can. Hotels in Olympic host cities are more expensive on average than hotels in less popular destinations.

Prices for hotel packages will be highly inflated in the months and years leading up to the Olympic Games. The reason they’re overpriced during that time is that hotel pricing is automatically calculated by market demand. Travelers booking accommodations in advance are willing to pay more if they believe there is a shortage of available hotel rooms. The rush to book rooms in advance creates an artificial spike in prices that will subside as the starting time of the Games approaches, according to Romper.

How Much Does It Cost to Eat at the Olympics?

Visitors to the Olympic Games can expect to pay a premium for meals at restaurants and concession stands. During the Toyko Olympics, the price of a bowl of noodles at a restaurant ranged from around $10 to $30, and fancier food at gourmet restaurants cost hundreds or even thousands of dollars per person.

Food and drinks may not be allowed into Olympic venues, so you’ll need to confirm before bringing your own food.  Depending on the host city, groceries may be more expensive than in the United States.  Expect the cost of meals and snacks to be inflated whether you pack your own or purchase from a vendor.

How Much Does It Cost to Get to the Olympics?

Once you arrive in the host city, expect cab and Uber/Lyft fares to be expensive due to demand.  Cab fares during the Tokyo Games cost around $7 per mile.  It is cheaper to travel around the city using buses, trains, and subways.  These services offer reliable transportation throughout the city for a fraction of the price of a taxi or rideshare.

The Olympic Games are important events for dedicated sports fans.  Sports management professionals can certainly plan an affordable trip to the Olympics with enough patience and preparation. The answer to the question, “How much does it cost to attend the Olympics?” is that it can cost thousands of dollars for the full Olympic experience.  The Olympic Games features the top competitors in the world, so the expense should be money well spent for fans of these sports.